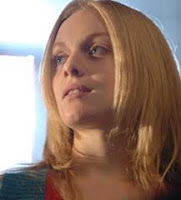 Former Hex star Christina Cole has been cast as the lead in FOX's untitled Ian Biederman drama, where she will play a female surgeon who suffers from adult-onset schizophrenia; Cole Hauser (K-Ville) will star in CBS drama pilot Washington Field, where he will play the squad's supervisor; Michael Nouri (Damages) has been cast in ABC drama pilot Empire State, where he'll play the wealthy father of a girl involved in a star-crossed romance with a blue-collar worker; and Anthony Carrigan, Michelle Borth, Bob Stephenson, and Rochelle Aytes have been cast in ABC's untitled Jerry Bruckheimer drama pilot (formerly known as The Unknown). (Hollywood Reporter)

NBC has ordered reality/comedy hybrid series The Marriage Ref, from executive producers Jerry Seinfeld and Ellen Rakieten, in which celebrities offer advice to real-life couples battling "classic marital disputes." So far there is no launch date for the series, nor has a timeslot been announced. "Jerry called us up and told us he had an idea," said NBC's Ben Silverman. "He flew in to sit down with us, and he and Ellen pitched the show. We were laughing the whole time as they went through the concept. As Jerry noted, some of the greatest comedies in history have been about marriage." (Variety)

Michael Rady (Swingtown) is the first actor to be cast in the CW's remake of Melrose Place; he'll play Jonah Miller, an aspiring filmmaker who pays the rent by working as an event videographer after relocating to LA with his fiancée a year ago. Comparisons are already being made between the character of Jonah and Andrew Shue's Billy Campbell from the original FOX series. (Hollywood Reporter)

In other casting news, Derek Luke (Notorious) has landed the lead in NBC drama pilot Trauma, where he will play a trauma doctor who struggles to be a devoted husband and father. Also set to join the cast: Kevin Rankin (Friday Night Lights), Cliff Curtis (Live Free or Die Hard), and Jamey Sheridan (Law & Order: Criminal Intent). (Hollywood Reporter)

Executive producer Jon Cassar has left FOX series 24 after six seasons after he and the studio failed to come to terms on a new contract. "I will not be involved with the upcoming eighth season," Cassar told Michael Ausiello. "Although that's sad for me to leave after six years, it's also very exciting to be back in the marketplace working with different people and facing different challenges." Next up for Cassar: directing CBS drama pilot Washington Field. (Entertainment Weekly's Ausiello Files)

FOX has renewed animated comedy The Simpsons for two additional seasons. Under the terms of the deal, The Simpsons will reach its 22nd season, making it the longest-running primetime series. (Variety)

CBS is said to be close to ordering two additional cycles of long-running reality series Survivor, the series' 19th and 20th, for the 2009-10 season. The CBS reality staple has seen a ratings upsurge this season and could be on course to celebrate its 10th anniversary next year. (TV Week)

BBC Three has renewed supernatural drama Being Human for a second season of eight episodes. The current season, which is set to air Stateside on BBC America later this year, concludes this Sunday. (BBC)

FOX has rolled comedy pilot Walorsky, about a former cop turned security guard at a Buffalo, NY mall, to next season after the network faced problems casting the lead role. Move marks the fourth pilot, after Confessions of a Contractor, Funny in Farsi, and Planet Lucy, to be rolled over. (Hollywood Reporter)

Lauren Conrad has told Seventeen magazine that the next season of MTV's The Hills will be her last. "My biggest thing with the show was that I wanted to walk away from it while it’s still a great thing," she explains. "I always want to remember it that way. I gave MTV a deadline and said, 'This is as long as I can do it and stay sane.'" (via People)

The cast of Star Trek: The Next Generation, including Patrick Stewart, Levar Burton, Gates McFadden, Michael Dorn, Wil Wheaton, Denise Crosby, Marina Sirtis, Brent Spiner, and Jonathan Frakes, will lend their voices to an upcoming episode of FOX's Family Guy, slated to air next month. The episode, entitled "Not All Dogs Go to Heaven," follows the Griffins as they head to the annual Trek convention. (Hollywood Reporter's The Live Feed)

FOX has brought on former My Wife and Kids co-creator/executive producer Don Reo as showrunner on the fourth season of 'Til Death; he'll work alongside series creators Cathy Yuspa and Josh Goldsmith. (Hollywood Reporter)

ABC Family has acquired rights to the final season of the WB/CW series Gilmore Girls, which it will air beginning in June. The cabler now owns rights to all 153 episodes of the series. (Variety)

Anonymous said…
I'm happy that they're doing another season of Being Human. It's a fun, quirky show with a great cast and I'm looking forward to it airing here in the US.
2/26/2009