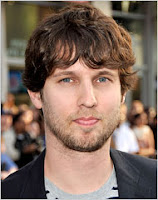 Welcome to your Friday morning television briefing. I was lucky enough to see an advance screening of upcoming film Julie & Julia last night and urge all you film-loving foodies to head out and watch it when it's released. Just make sure you eat beforehand!

Comedy Central has ordered ten episodes of an untitled multi-camera comedy series starring Jon Heder (Blades of Glory, Napoleon Dynamite). Project, about an unemployed IT specialist who returns to his smalltown to move in with his parents and younger brother, will be written by Will Ferrell, Adam McKay, and Chris Henchy. Series hails from Debmar-Mercury and Gary Sanchez and will have an initial run on Comedy Central; if it scores with audiences, another 90 installments will be automatically picked up with Comedy Central having the first window while Debmar-Mercury will sell the series into first-run syndication at the same time. (Variety)

ABC has announced that it will launch FTVS' internationally produced drama series Defying Gravity, which it acquired last week, on August 2nd at 9 pm with a two-hour premiere. The week after, Defying Gravity will move into its regular timeslot Sundays at 10 pm ET/PT. Series, which stars Ron Livingston, Laura Harris, Malik Yoba, Christina Cox, Florentine Lahme, Paula Garces, Eyal Podell, Dylan Taylor, Andrew Airlie, Karen LeBlanc, Zahf Paroo, and Maxim Roy, revolves around four male and four female astronauts from five countries who are on a mysterious six-year international space mission. Action will flash between their current mission and their rigorous training in the past. (via press release, Variety)

Gregory Smith (Everwood) will star opposite Missy Peregrym in Canadian police drama Copper, which will air Stateside on ABC. Smith will play Dov, a recent graduate from the police academy who attempts to make his way as a rookie cop. Elsewhere, Taylor Kinney (Fashion Show) has been cast as a regular on NBC's medical drama Trauma, where he will play Glen, an EMT that joins the rapid response team. (Hollywood Reporter)

SPOILER: Production on Season Four of HBO's sensational drama series Big Love begins August 13th and producers are on the hunt for two new recurring roles next season. Producers are looking to cast the roles Christie, the problem child daughter of Barb's sister Cindy who has been sent to Mormon Disciplinary Camp several times and who finds a seething jealousy towards new cousin Cara Lynn, and Dale, an closeted gay Mormon who is a partner at a big eight accounting firm and who becomes the new trustee of the Juniper Creek assets. (Spoiler TV)

MTV has given a series order to teen comedy Hard Times, which revolves around an unpopular fifteen year old whose, er, endowment is revealed in front of the whole school during a prank and instantly finds popularity. Project, written and executive produced by David Katzenberg and Seth Grahame-Smith, is being compared to a teen version of HBO's similarly-themed Hung. (Hollywood Reporter)

E! Online's Watch with Kristin is reporting that Catherine Bell isn't leaving Lifetime's Army Wives anytime soon. "I'll tell you this. I'm still in South Carolina, and I was filming the show this morning," said Bell via telephone. "Frank and Denise struggle for a while. It's not over. There are some really, really wonderful scenes coming—there's going to be some more communication about this... There's some really cool stuff coming up where you see a different side of him and their relationship. There's some positive stuff. He's a big teddy bear, and Frank adores Denise. He's going to change a bit this season. You're going to see a different side of him, that's very exciting." (E! Online's Watch with Kristin)

J.P. said…
I was wondering whatever happened to Jon Heder... Very cool that his new show will be written by none other than Will Ferrell and Adam McKay. Could be good!
7/10/2009