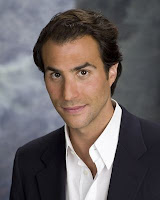 Ben Silverman has stepped down as Co-Chairman of NBC Entertainment and Universal Media Studios; he'll remain on board for several weeks to help transition and oversee the launch of NBC's fall schedule. Silverman will then segue into a new company financed by Barry Diller's AIC which Silverman will run; company's mission is to "unite producers, creators, advertisers and distributors under one roof." Meanwhile, Jeff Gaspin has been named Chairman, NBC Universal Television Entertainment, effective immediately. In this role, Gaspin will have oversight of NBC Entertainment and Universal Media Studios as well as retain his current responsibilities over USA, Syfy, Bravo, Oxygen, Sleuth, Chiller, and Universal HD. Marc Graboff will continue as chairman, NBC Entertainment and Universal Media Studios, reporting to Gaspin. "Ben Silverman has many exciting things he wants to accomplish and we applaud him as he sets off on his new endeavors," said NBC Universal president/CEO Jeff Zucker in a statement. "Ben brought us tremendous new thinking in this changing media age, and we're grateful for that. Now, we look forward to working with him in his new venture." (via press release, Hollywood Reporter)

As expected, Dominic Monaghan (Lost) has been cast in ABC's fall drama series FlashForward. The Alphabet let the cat out of the bag a while back by featuring Monaghan in an on-air brand spot where he was seen with other ABC series stars; FlashForward seemed the logical placement for the actor, who guest-starred on Chuck last season. Details about Monaghan's character Simon are under wraps but Monaghan himself said of Simon, "I can't tell you too much. I play a guy called Simon and as I'm sure you saw from that tiny little teaser: he's a snappy dresser, he's a cocky guy, he's not scared of anything or anyone and he's very smart." (via press release)

Ian Somerhalder is returning to Lost next season. Appearing at Comic-Con to promote his new CW series Vampire Diaries, Somerhalder stunned the crowd by acknowledging that he would be reprising his role as Boone Carlyle on ABC's Lost. "I think it’s safe to say... we sort of discussed that... it’s truly incredible that... I am going to be coming back." Later, Somerhalder told Entertainment Weekly that Damon Lindelof and Carlton Cuse only informed him thirty minutes before the panel for Vampire Diaries that he would be returning to Lost. "It’s not clear yet" when he'll shoot his scenes but "it’ll be very soon... It’s just a matter of timing and getting me down there. It’s all good." (Entertainment Weekly's Hollywood Insider)

The New York Times' Brooks Barnes has a fantastic look behind the scenes at the amount of preparation and effort that went into Lost's appearance at Comic-Con this weekend. Far from covering the panel itself, the Times goes one step further and covers the lead-up to the panel, crystallizing the amount of love and energy that Damon Lindelof, Carlton Cuse, the writers, and the cast put into their appearance this year. (New York Times)

GSN has ordered 65 episodes of a relaunch of vintage reality series The Newlywed Game, produced by Embassy Row and Sony Pictures Television. Shingle is also awaiting decisions on The $25,000 Pyramid and The Dating Game at CBS. Other series in development at Embassy Row include Celebrity Mr. and Mrs. and Make My Day for TV Land and National Bible Champs at CMT, not to mention the 10th anniversary relaunch of Who Wants to Be a Millionaire at ABC. (Variety)

AllenJ said…
Very happy that Dominic Monaghan will be joining the cast for Flash Forward. There seems to be lots of good buzz around the show. (Although, I'd love him to come visit Chuck again. He was hysterical!)
7/27/2009