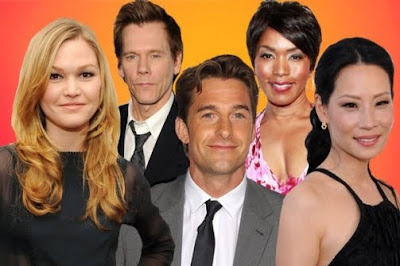 With the broadcast networks about to unveil their new lineups, I pick my favorite drama pilot scripts—from psychological thriller Mastermind to period drama Ralph Lamb.

Over at The Daily Beast, you can read my latest feature, "The 13 Best Drama Pilot Scripts of 2012," in which I offer my takes on the best and brightest offerings at CBS, ABC, NBC, Fox, and the CW when it comes to their drama pilot scripts.

At the network upfronts the week of May 14—when broadcasters unveil their fall schedules along with new programming and glad-hand with advertisers amid a series of presentations and parties—broadcasters will reveal the shows that might end up on your TiVo’s Season Pass in the fall.

This year, nearly 90 pilots are battling for slots on the schedules of CBS, ABC, NBC, Fox, and the CW, all of which are desperate to replace aging hits and find those few breakout shows. This year’s crop is especially heavy on the supernatural, imported formats (especially from Israel), period dramas (which range from the frontier era and the Gilded Age of Shonda Rhimes’ The Gilded Lilys to the 1980s of Sex and the City prequel The Carrie Diaries), remakes and prequels (Mockingbird Lane! Hannibal! The Carrie Diaries!), Beauty and the Beast (there’s not one but two competitive projects based on the fairy tale), and—oddly enough—a fascination with cults, which turn up in several pilots.

Among the many pilots this development season, what follows are the 13 strongest drama scripts. A few caveats: The list below focuses exclusively on drama pilots, as I believe that casting and chemistry among actors are two of the most important factors to the success of comedies. The selections below represent my own personal taste, which doesn’t always necessarily mesh with that of the broadcasters. Finally, as always, there’s a lot that can change between these scripts and completed pilots, with significant change sometime occurring before a pilot makes it to the screen. That said, here’s hoping that some of these projects—presented in no particular order—will make it on the air!