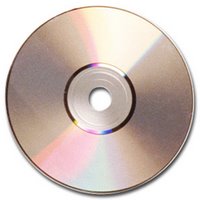 So does this mean that I can finally get Andy Richter Controls the Universe on DVD?

Okay, probably not, but it is a step in the right direction for many under-rated shows that might not warrant a DVD release... or even for programming that studios are looking to make direct-to-DVD (hint, hint). Cable companies have been heralding the advent of On Demand programming for a while now and the next logical step is DVD On Demand.

The Hollywood Reporter announced a new initiative called DVD on Demand, a collection of titles from A&E Home Video, NBC Universal, and PBS, that will only be manufactured when they are purchased. The program was unveiled by CustomFlix Labs and will be available through Amazon.com.

According to Dana LoPiccolo-Giles, co-founder and managing director of CustomFlix, the DVD on Demand service "works perfectly for the massive amount of content that network and cable channels have yet to make available on DVD and other digital formats. Our service enables content providers to quickly and economically distribute previously unavailable programming to millions of Amazon.com customers.”

Offerings from A&E Home Video will include more than 1000 titles from A&E, the History Channel, and the Biography Channel including Modern Marvels, Investigative Reports and the Biography series. Initial programs from NBC Universal will include everything from Westminster Kennel Club Dog Show to a compilation of Where in the World is Matt Lauer? segments from the Today show. PBS will offer selections from American Experience, Antiques Roadshow, Frontline, and Nova, among others. Hopefully, other networks and studios will follow suit.

So... when can we expect Andy Richter, Brittas Empire, or any of the other criminally neglected series that have yet to appear on DVD?