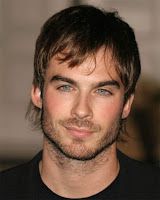 Jeri Ryan (Boston Public) has been cast as attorney Patrice Larue in a multiple-episode story arc on NBC's Law & Order: Special Victims Unit. Ryan will appear in at least three episodes as Larue, beginning with the series' April 7th episode, entitled "Baggage," about the murder of an artist that is linked to a series of unsolved serial murders. "Jeri Ryan's the real deal," executive producer Neal Baer told TV Guide. "She brings a compelling intensity to her roles and we're lucky to have her as a kick-butt attorney on SVU." (TV Guide)

Pilot casting alert: Allison Munn (Carpoolers) been cast as one of the leads in NBC's untitled Justin Adler comedy pilot, where she will play the girlfriend of Nick D'Agosto's character; Joy Suprano (Law & Order) has joined the cast of NBC comedy pilot 100 Questions for Charlotte Payne, where she will play Charlotte's best friend; and Joaquim de Almeida (Crusoe) has landed a recurring role in CBS drama pilot Three Rivers, where he will play the director of the transplant medicine institute. (Hollywood Reporter)

24 co-creator Joel Surnow will write The Kennedys, a ten-hour mini-series about the Kennedy clan that is said to "unveil secrets" about the political family, including alleged conspiracy and fraud on their part in order to secure ascension to the White House and investigate the Bay of Pigs, the Missile Crisis, mob connections within "the context of personal, Kennedy-family dramas." Project, executive produced by Surnow, Stephen Kronish, Michael Prupas, Jonathan Koch, and Steven Michaels, will be shopped by Canadian distributor Muse Entertainment to networks this weekend. (Variety)

Logo has ordered a second season of drag queen competition series RuPaul's Drag Race, just a few days after the series' first season wrapped. The network has yet to comment on the renewal, which doesn't come as a surprise considering the series' strong showing in both the media and in the ratings. (TV Week)

Canadian Broadcasting Company will eliminate up to 800 jobs beginning in May, splitting the reductions among its English-language divisions and its French-language counterparts in both new media, TV, and radio, as well as cutting 70 corporate positions. (Hollywood Reporter)