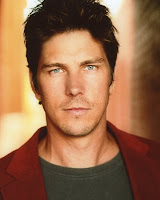 Entertainment Weekly's Michael Ausiello is reporting that Battlestar Galactica's Michael Trucco--next seen on ABC's V this spring--hs signed on for a multiple-episode story arc on ABC's Castle. Trucco will play a new love interest for Stana Katic's Beckett in the final four episodes of this season and is described as a "charismatic cop in the homicide division." Ausiello also indicates that, if the character clicks with the audience, he could return next season. (Entertainment Weekly's Ausiello Files)

BBC has ordered a sixth season of sci-fi series Doctor Who, which will once again feature Matt Smith as the Eleventh Doctor. The broadcaster confirmed that Smith will return for Season Six of Doctor Who and that a Christmas special, written by new head writer/executive producer Steven Moffat, is on tap for this winter. (Broadcast)

TVGuide.com's Natalie Abrams talks with Lost's Nestor Carbonell, slated to get his own Richard-centric episode of the ABC drama series on Tuesday. In a video interview, she asks him whether Richard Alpert will team up with Ben, whether the Man in Black can really be trusted, and more. (TVGuide.com)

Skeet Ulrich (Jericho) is headed back to CBS, this time set to star in the network's untitled Hannah Shakespeare medical drama pilot, about a medical team that travels the country helping the less fortunate. Ulrich will play Billy Jost, described as "a Harvard-educated brilliant cardiologist with rock star looks who embraces the tumult of frequent volunteer missions to escape the hell of his personal life" who is "still in love with his ex-wife, now a hopeless junkie, and is holding out hope that she may clean up and come back to him and their six-year-old daughter." He joins a cast that includes Amy Smart, Janeane Garofalo, Rachelle Lefevre, Jay Hernandez, and Michael Beach. (Hollywood Reporter)

Looks like these are indeed the end times for FOX's 24, according to Entertainment Weekly's Lynette Rice, citing a recent casting call for the 20th Century Fox Television-produced drama series, which read, "These are the final episodes, so if some of your name people would like to do something on the show, this is the time for them to do it." [Editor: that sure seems final to me.] (Entertainment Weekly's Hollywood Insider)

Beau Bridges (My Name is Earl) has been cast opposite Dermot Mulroney in NBC drama pilot Rockford Files, which is being overseen by House creator David Shore. Bridges will play Rocky, father to Mulroney's Jim Rockford, who is described as "a truck driver for thirty years who always helps his son in a tough situation, though he tends to offer a commentary that Jim doesn't always appreciate." (Hollywood Reporter)

In other casting news, Ashley Tisdale (High School Musical) has signed on to star opposite Aly Michalka in the CW drama pilot Hellcats, where she will play Sierra, described as "the peppy and fiercely intense captain of the Hellcats who, after an initial clash with Marti, her new roommate, realizes that she just might be the godsend the Hellcats need to win the championship." (Hollywood Reporter)

The Wrap's Josef Adalian explores why viewing figures have fallen off so sharply for once mighty tentpole series... and why no new series have risen up to take over for them. (The Wrap's TVMoJoe)

Oprah Winfrey's April 7th episode will feature the cast of Glee as Winfrey interviews the cast and co-creator Ryan Murphy. The episode will also feature backstage videos and a musical performance from the cast, who are slated to appear at the White House the day before. (Entertainment Weekly's Ausiello Files)

Sayonara, CNN. Longtime cable news network correspondent Christiane Amanpour is heading to ABC, where she will join the network's This Week as anchor beginning in August. (Variety)

Sarah Palin's Alaska is inching its way closer to reality, with A&E and Discovery Communications said to be interested in acquiring the rights to Palin's reality series, which is executive produced by Mark Burnett. (Hollywood Reporter)

Modern Family's Sofia Vergara wants Italian icon Sophia Loren to play her mother on the ABC comedy series. "My mother should be Sophia Loren, don’t you think?" Vergara told TV Guide Magazine's Will Keck. "She would be perfect. I met her for the first time at the Golden Globes this year. I arrived to rehearse the day before and we ended up waiting together backstage. I was dying. I thought I was going to have a heart attack. I couldn’t say anything." (TV Guide Magazine)

Entertainment Weekly's Michael Ausiello is reporting that How I Met Your Mother producers are looking to cast an actress to play a TV-movie actress who is herself playing Sarah Chalke's Stella. "Recall last May’s 'As Fast As She Can,' where Future Ted told us what happened to the woman who left him at the altar: She and Tony (Jason Jones) moved to California, where Tony wrote a hit movie The Wedding Bride," writes Ausiello. "Well, that hit movie is coming to the Mother ship — and Ted is not going to be thrilled with how he comes off." (Entertainment Weekly's Ausiello Files)

Lucy Gaskell (Being Human) has been cast in BBC One medical drama Casuality, where she will play Kirsty Clements, a mental health nurse who "brings a breath of fresh air--and a bucket of attitude--to Casualty's beleaguered emergency department." (BBC)

Cabler VH1 has promoted both Noah Pollack and Kristen Kelly to VP, series development and original programming, where they will jointly develop unscripted programming for the network. (Hollywood Reporter)

Katelyn said…
Ooh, Beckett dating? That should make for some fun scenes with Castle. I can't wait to see this story arc play out!
3/19/2010