The Daily Beast: "18 Shows to Watch This Winter" 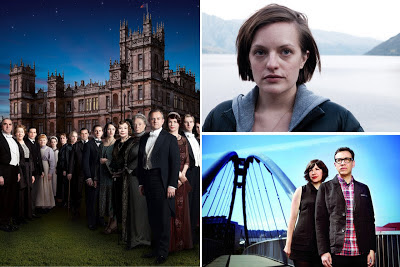 Stay cozy this New Year: I find the 18 new and returning television shows that will keep you warm this winter, from Girls and Justified to The Staircase, The Americans, and House of Cards.

Over at The Daily Beast, you can read my latest feature, "18 Shows to Watch This Winter," in which I round up 18 new and returning noteworthy shows that you should be watching between January and March. Some you're looking forward to, some you may not have heard of, and there are a few that you've already drawn a big red circle on the calendar on the day that they return...

Yes, Downton Abbey is back: the beloved British period drama returns to PBS’s Masterpiece for a third season beginning on Jan. 6, but it’s not the only new or noteworthy show heading to television this winter.

Indeed, some of the most intriguing, dynamic, or plain interesting shows are launching in midseason this year, from Fox’s serial killer drama The Following and Sundance Channel’s Jane Campion-created murder mystery Top of the Lake to FX’s Soviet spy period drama The Americans (starring Keri Russell!), Netflix's American remake of political potboiler House of Cards, and the return of both NBC’s subversive comedy Community and HBO’s Girls.

Jace Lacob rounds up 18 new and returning television shows that will help keep you warm during these chilly winter months, from the intriguing to the sensational.