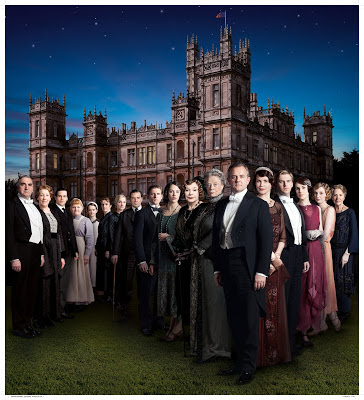 UPDATED: I talk to Downton Abbey creator Julian Fellowes, Gareth Neame and nine cast members (including Hugh Bonneville, Michelle Dockery, Thomas, Rob James-Collier, and many more) about Season 3 of Downton, which returns to PBS and Masterpiece on Sunday, January 6.

Over at The Daily Beast, you can read the updated feature, "Downton Abbey Season 3: Julian Fellowes, Hugh Bonneville, Michelle Dockery, and More," in which we talk broadly about Season 3 and break down some of the specific arcs from the third season, character by character. (Minor spoilers.)

Downton Abbey viewers are anxiously awaiting Season 3 of the addictive British costume drama—which arrives on Jan. 6 in the U.S., when it returns to PBS’s Masterpiece—searching for televised methadone to tide them over until Downton Abbey’s third season kicks off.