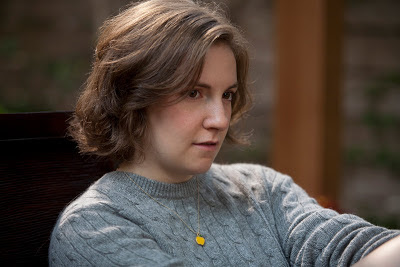 HBO’s Girls returns for a second season on Sunday night. I review the first four episodes of Season 2 of the Lena Dunham-created comedy, which "captures the quicksilver magic of Dunham at her best."

Over at The Daily Beast, you can read my latest feature, "Girls: Season 2 of HBO’s Lena Dunham Comedy Soars," in which I review the first four episodes of Season 2 of HBO's Girls, the most polarizing television show of 2012.

The most polarizing show of 2012 was HBO’s Girls, which revolves around the lives of four 20-something women orbiting each other in Brooklyn. The Lena Dunham–created comedy elicited a love-hate relationship with premium cable audiences. You either loved the bravery of the show, its incredible sense of voice and time, and its unrepentant navel-gazing attitude ... or you loathed it.

In its first season, the show received various criticisms of racism, elitism, and, er, hipsterism. The amount of ink devoted to tearing down both Dunham and Girls was shocking to me, particularly as much of it emerged from those who hadn’t actually watched the show or from those who failed to see that Dunham’s Hannah Horvath wasn’t meant to be held up as a paragon of virtue, but rather a flawed, sheltered narcissist whose greatest enemy was herself. The girls of Girls aren’t meant to represent all women, or even all 20-something women in Brooklyn. The show represents a very specific snapshot of a very specific cultural subset existing at this very second in time. As such, it is part anthropological record, part comedy, and part tragedy.

The hotly anticipated second season of Girls, which returns to HBO on Sunday, builds on the strengths of its stellar first season and captures the quicksilver magic of Dunham at her best, with the first four episodes supplying a mighty kick to the heart.

[Warning: Minor spoilers ahead!] Yes, the girls and guys of Girls are back, though their relationships, tested by events at the tail end of Season 1, remain tantalizingly fractured: Hannah is no longer with Adam (Adam Driver), her quirky, conflicted, body-conscious boyfriend, though she is caring for him while he recuperates from his car accident. Immobilized and dependent upon Hannah for everything except sex, their dynamic is a pale reflection of the sparks they kicked off last year. Hannah, meanwhile, is involved with a black Republican played by Community’s Donald Glover, and their sexual chemistry manifests itself in a playful, easy way. His inclusion here seems calculated to dispel the charges of racism leveled against the show, depicting a Brooklyn that is less lily white than the canvas shown in Season 1. But I’m glad to see that Dunham doesn’t make Glover’s Sandy a stereotype: he’s sweet but conservative, easygoing but also as rigid in his political thinking as Hannah is.