"Gossip Girl" Guessing Game: For Whom Does the Bell Toll?

While there might not be a new episode of Gossip Girl on tonight, it doesn't mean that we can't attempt to figure out just what's going to happen in next week's "unmissable" episode, slated to air on Monday, December 1st... which seems to indicate that the Grim Reaper is going to claim one of the series' Upper East Side denizens. (Or, well, Brooklyn inhabitants.)

The CW's haunting promos ask viewers, "If you only had one night to live, who would you spend it with?" An intriguing question to be sure, but one made even more palpable by the unseen voice at the promo's end speaking about an "accident." Which to me, anyway, means that one of Gossip Girl's cast won't be back in the New Year.

So who am I placing my bet on to kick the bucket? Let's discuss.

There's no way that Josh Schwartz and the Gossip Girl writers would kill off either Dan or Serena (or, well, Chuck, Nate, or Blair) so that leaves the supporting cast up for grabs. Connor Paolo, who plays Eric, was just offered a promotion that would have him bumped up to series regular (he turned it down) so I doubt that they would instead kill him off, so Eric seems safe.

As for Little J, there's still a whole lot of story they can tell with her, so I am going to put her on the safe list... along with recent recurring characters Cyrus Rose (Wallace Shawn) and Aaron Rose (John Patrick Amedori), whose deaths wouldn't really resonate all that much. And while I'd love for them to go ahead and kill The Captain (Sam Robards), he's now in police custody awaiting trial so I think he's far enough off the series at the moment that his death wouldn't be too likely.

So who are the most likely possibilities to become Death's latest acquisition be? Let's see...

The most obvious choice to bite it is Bart Bass, of course. Having recently fallen out with his new family after Eric discovered his secret files on each of them, Bart is slightly at a loss at the moment and he's greatly suspicious of Lily's friendship with Rufus. Bart and Chuck have always had a fractious relationship and have only just (with Dan's assistance) begun to rebuild those bridges... so it only seems likely that Bart would be the one to die.

His death would put Chuck into an emotional tailspin and leave him without any family. It would be a true test of his character to see just how and if Chuck could emerge from the other side of grief. And Bart's death could pave the way for Lily to finally admit that she's still in love with Rufus. Still, killing off Bart smacks of a similar fate befalling Caleb Nichol and would feel rather repetitive... Unless of course that accident isn't really an accident.

My second guess for Most Likely to Die is Vanessa. Set apart from the group, Vanessa has had precious little to do these days except steal other people's mail and do paperwork at Rufus' art gallery cafe. Yawn. Her death could stir things up for Little J., whom Vanessa feels stole Nate from her, Nate himself (who time and time again rejected her), and Dan who never ever paid much attention to Vanessa, despite her obvious fawning over him.

Plus, Vanessa is hella annoying and has never gelled with the group as a whole. I can't really see the writers finding an interesting storyline for her anytime soon and their transparent attempts to make her more intriguing by pushing her into an unlikely romance with Nate have fizzled. 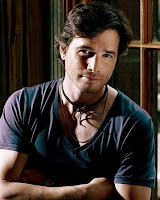 I'd absolutely scream and throw my telly out the window if they killed off Rufus or Lily (Kelly Rutherford), who are the two most interesting and compelling characters on the series (and one of the few reasons why I continue to tune in), despite not really being the main focus of the teen-centric world that Gossip Girl strives to create.

Tragedy loves company, however, and what better way to make their star-crossed love story truly memorable than to cut it short altogether before they could find room in their lives for one another? Still, making virtual orphans out of Dan and Jenny (just where is their mother again?) might send this series into too dark of a place for the second season. However, survey says: Unlikely.

Let's face it: Dorota's been more of a mother to Blair than Eleanor ever will be, so her death would definitely shake things up in the Waldorf household more than ever. But would her demise be impactful on the series? Not really, other than to snap Blair out of her evil bitch mode. Still, that's the side of Blair that we all know and love, so would we really want to see her all sad and in mourning? After all, it's not particularly good for one's mascara.

Which character do you think will be the one to be involved in that likely fatal accident? Discuss.

Next week on Gossip Girl ("It's a Wonderful Lie"), Blair and Chuck bet one another that they can be one another's ideal dates for the annual Snowflake Ball; Aaron's ex-girlfriend Lexi is drawn to Dan, which stirs up Serena's jealousy; Jenny and Vanessa find their friendship put to the test.

Anonymous said…
I would be thrilled if they got rid of Vanessa as her character serves no purpose whatsoever (unless you count running the "cafe" in the gallery).
11/24/2008

The CineManiac said…
I've been thinking it would be either Bart or Vanessa since they said someone would die.
Personally I"m just starting to feel for Bart, what with his recent revelation that it hurts to look at Chuck because he reminds him of his deceased wife.
But I could go with either one. And the wife and I are in agreement with Rufus and Lily, I'd be pissed if they died, because as you said they keep me coming back far more than any other character on the show (With Chuck coming in 3rd)
11/24/2008

Anonymous said…
I'd also scream if they killed off Rufus or Lily. My bet is for Bart but that would be pretty boring if they did that.
11/25/2008