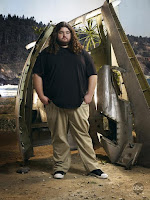 Welcome to your Wednesday morning television briefing. I don't know about you but I'm still on a high after yesterday's amazing presidential inauguration. While the nation joined together yesterday to bear witness to the 44th president taking the oath, there are still a few television-related headlines to get through this morning.

Entertainment Weekly's Doc Jensen (a.k.a. Jeff Jensen) continues his video interview series with Lost executive producers Damon Lindelof and Carlton Cuse. Up today: a segment focusing on Season Four, including discussions about the coffin, the donkey wheel, and the freighter. (Entertainment Weekly)

Jason Priestley will direct the eighteenth episode of 90210 this season, which will feature a crisis involving several characters. "I have a lot of challenges ahead of me on how to shoot this, it's big," said Priestley, who wouldn't confirm whether said crisis is an earthquake or a car accident. "Yeah, we're in a hospital... a female ends up in the hospital." But don't look for Jessica Lowndes' Adrianna to be giving birth. "I can tell you that no one is giving birth," said Priestley. "Boy, that would be a preemie wouldn't it?" (E! Online's Watch with Kristin)

Don't expect The Office's Jim and Pam to get married this season, according to executive producer Greg Daniels. "If people assume it'll happen this season, then I don't want to do it," Daniels told Michael Ausiello. "There are so many stories about a couple getting married that I want to explore." (Entertainment Weekly's Ausiello Files)

Sadly, Monday night's episode of Gossip Girl, easily the strongest segment of the season so far story-wise, also managed to be the lowest-rated installment of the sophomore season, garnering only 2.2 million viewers, reflecting a decline of 700,000 from its previous episode. How depressing is that? (Entertainment Weekly's Hollywood Insider)

Warner Bros. will eliminate nearly 800 jobs worldwide, roughly ten percent of its workforce, across all areas in light of the economic downturn. Among the measures being taken: the elimination of 200 currently open positions, the layoff of 300 employees, and the outsourcing of 300 additional position, mostly in information systems and accounts payable to a third party company. (Variety)

Finally, Michelle Obama's hairstylist Johnny Wright has signed a development deal with 44 Blue (Split Ends) to star in a new reality series, with the project--to be either a docusoap or makeover series--going out to cable networks soon. (Hollywood Reporter)

Anonymous said…
The news of the Warner Bros. cutbacks makes me sick to my stomach. The layoffs are somewhat expected in today's dismal economic climate but to outsource some 300 jobs? That I just can't understand. Truly horrendous.
1/21/2009