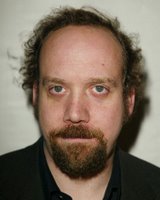 Paul Giamatti (Sideways) has signed onto Playtone's John Adams project for HBO in which he'll play (you guessed it) the titular John Adams, the second president of the United States.

However, Giamatti will not play President Adams in HBO's seven-episode mini-series (based on the David McCullough bio "John Adams"); instead he'll portray Adams as a Massachusetts lawyer fomenting revolt among the colonists. As McCullough's biography was based in part on correspondence between Adams and his wife Abigail, their relationship will comprise a crucial part of the mini-series.

HBO will air the seven hour-long episodes, written by Kirk Ellis, beginning in March 2008. Giamatti can currently be seen in the ethereal feature film The Illusionist (and if you haven't seen it, I advise you to play hooky today and catch a matinee).

Lifetime Has Taylor in "Mind"

Production is scheduled to begin next month in Los Angeles on the pilot, from Warner Horizon and executive producers Greer Shephard and Michael M. Robin (Nip/Tuck). In the pilot, written by novelist Amy Bloom, Taylor will play a married therapist who learns that her husband is sleeping with their marriage counselor.

Project is one of several that Lifetime has in development, including: Younger, based on a book by Lizzy Weiss; The Funeral Planner, a drama about an event planner who arranges funerals as though they were elaborate celebrations; and female superhero skein Firebrand.

On the network side, Kal Penn (Harold & Kumar Go to White Castle) has signed on to FOX's serialized action drama 24 in a recurring role. Penn will play a man involved with an Islamic guru at a local mosque... and could be a key player in an unfolding terrorist plot.

Penn is currently on the big screen in Superman Returns (sadly his screen time is limited to mostly silence) and is attached to Harold & Kumar's in-development sequel, Harold & Kumar Go to Amsterdam.

Ten-year-old Abigail Breslin (Little Miss Sunshine) has been cast on an upcoming episode of ABC's Grey's Anatomy entitled "Sometimes a Fantasy," the third episode scheduled to be shot for the medical drama's third season (set to return September 21st).

Breslin can currently be seen in indie comedy Little Miss Sunshine, co-starring Steve Carell, Toni Collette, and Greg Kinnear. (And if you haven't seen it, seriously play hooky and make it a double-header with The Illusionist at your local google-plex.)

The fall TV season has officially begun with the launch of FOX's new serialized drama Vanished (reviewed originally here). On tonight's premiere episode ("Pilot"), the young wife of a Georgia senator, um, vanishes and an investigation into her disappearance unveils a sweeping conspiracy. Watch it before you get it confused with NBC's similarly kidnapped-themed show, um, Kidnapped.

It's the fifth episode of this brilliant (and British) mind-bending mystery series that stars State of Play's John Simm as Detective Sam Tyler, a modern-day copper who wakes up in 1973. On tonight's episode, Sam's use of modern crime-solving techniques is put to the test when a football (read: soccer) fan is murdered and no motive is discovered. Really? Why I could think of dozens of reasons why someone might murder a footie fan...

Season Two of Showtime's suburban-set pot dramedy is in full swing. On tonight's episode ("Cooking with Jesus"), Nancy comes to a decision about her relationship with DEA agent Peter, Silas' girlfriend Megan gets accepted to Princeton, and Nancy, Doug, and Andy attend a marijuana-growing convention.

The improvised comedy returns with a brand new episode tonight. On tonight's installment, Reno 911's Kerri Kenney guest stars as a psychic who can tell that Victoria (Jane Lynch) is hiding something after she fakes a burglary in order to collect an insurance payout. All I can say is: hello, Kerri Kenney! Reason enough to set your TiVo.

Anonymous said…
Glad to hear someone who saw and liked The Illusionist. I had been very anxious to see it, and then I saw the trailer and made the comment, "If I didn't already know I wanted to see this, I wouldn't want to see this." Trailer does the movie no favors, especially w/the bad accents of Biel and Norton (who shares my birthday, so his movie opened on his birthday!).

Anonymous said…
I'm really really enjoying Life on Mars. It's such a solid show all the way around. The only thing I'd change is to have more Annie around.

Of course the other thing I would change is to make more than eight episodes! Do we know if BBC picked it up for a second series?
8/22/2006

Brock said…
that paul giamatti image looks like a headshot a la nick nolte? did he get arrested for something? hehehe.
8/22/2006