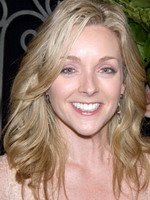 Looks like Calista Flockhart isn't the only Ally McBeal alum looking to make a return to television this fall.

Golden Globe nominee Jane Krakowski (who played Elaine Vassal on Ally McBeal) is heading to NBC's new Tina Fey-helmed comedy 30 Rock. The actress has joined the cast of the freshman comedy, where she'll play the star of The Girly Show, the series' sketch comedy show-within-the-show.

If you're confused by this news, it's because in the original plot (reviewed here) this role was played by Saturday Night Live's Rachel Dratch. But Dratch fans shouldn't be writing letters to the network just yet; she'll continue to appear on the series, playing a variety of smaller supporting characters. Dratch is set to appear as a cat wrangler in the premiere episode. Some of Dratch's characters will return while others will be strictly one-offs.

The move comes as the series is focusing less on The Girly Show and more on the interactions between the characters played by Tina Fey, Alec Baldwin, and Tracy Morgan.

"Both Tina and I obviously adore Rachel, and we wanted to find a way in which we could go to her strength," Saturday Night Live creator (and 30 Rock exec producer) Lorne Michaels told Variety. "The way it's been rewritten, it's a much funnier part."