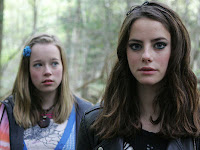 MTV is developing a US adaptation of hit British teen drama series Skins, which airs on E4 and Channel 4 in the UK. Co-creator Bryan Elsley will executive produce the new version, which will be shot in Baltimore with unknown actors, with Company Pictures' Charlie Pattinson and George Faber. "It's been two years that I've been personally involved in trying to get this here to the network," MTV's SVP of series development Liz Gateley told Variety, "and I don't think I've ever had a negotiation drag out as long as this, but I knew it was something very special." Elsley will write the pilot script for the US version of Skins, which MTV has committed to filming. (Variety)

FX has ordered a pilot script for sports drama March to Madness, about a corrupt college basketball program that manages to reach the March Madness NCAA basketball tournament through some duplicitous means. Project, written/executive produced by Joel Silverman, will be directed by Pete Segal and executive produced by Don Cheadle, Dave Miller, and Micahel Ewing. (Variety)

HBO is said to have ordered a pilot presentation for a potential series based around Dan Savage's sex advice column "Savage Love," which appears in alternative weekly papers around the country. The pilot is slated to be taped later this week and the potential series would "focus on current events and cultural trends with sex as the filter," according to a press release. (Hollywood Reporter)

Grant Turck and Alfonso Arau have optioned Gary Jennings' 1980 historical novel "Aztec" and are said to be developing a mini-series take on the project, with John Milius (Rome) in talks to adapt and Arau to direct "at least two hours" of the mini-series, which has yet to be pitched to networks. (Hollywood Reporter)

VH1 has now also cancelled I Love Money 3 after the body of murder suspect Ryan Jenkins was discovered in a Canadian motel over the weekend. The news comes on the heels of the cabler's cancellation of Megan Wants a Millionaire, which also featured Jenkins as a contestant. (Variety)

RDF USA and Artificial Life are said to be developing an interactive animated series, entitled Sleuths, in which viewers can utilize customized avatars that will appear in the episode's broadcast and answer quiz questions; those answering correctly will have their avatar move onto the next round and ultimately "the top five avatars will appear onscreen standing with the show's characters." (Hollywood Reporter)

CMT has ordered a second season of musical competition series The Singing Bee, with 20 episodes on tap for January 2010. (Broadcasting & Cable)

Danielle C.F. Maris said…
An Americanized "Skins" on MTV? Shot in Baltimore? I have a bad feeling that the outcome of this will be less brilliant teen drama and more Real World Baltimore.
8/25/2009

Anonymous said…
Worse idea ever. Skins is an essentially english show! you cant adapt that! its way too original. They just want to "steal" the idea, not "adapt". If anything, they should totally separate themselves from skins, instead of making some crappy skins clone in baltimore. skins was great!!
9/14/2009