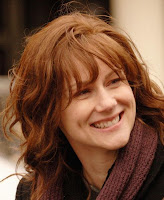 Showtime has announced that Laura Linney (John Adams) has been cast as the female lead in a dark comedy entitled The C Word (a working title) about a woman struggling to live in the shadow of her cancer diagnosis.

Linney will star in the pilot of the Sony Pictures Television-produced project, from writer/executive producer Darlene Hunt (90210), which is slated to be shot this fall.

"Laura Linney is in that rare echelon of truly gifted actresses who fully embody the characters they play and we are honored to welcome her to Showtime," said Showtime president of entertainment Robert Greenblatt. "Cancer is not usually the subject of half-hour comedy, but Laura saw what we did in this complex show -- a woman who gets a wake-up call that causes her to shake up her life and family. She will no doubt make this character both heartbreaking and disarmingly funny, and we’re thrilled that she has chosen this show for her foray into series television.”

The full press release from Showtime can be found below.

LOS ANGELES, CA – (August 27, 2009) – Laura Linney – three-time Academy Award® nominee, three-time Emmy® winner, and SAG® and Golden Globe® Award winner – is coming to series television in a provocative new SHOWTIME half-hour series about a woman diagnosed with cancer called THE C WORD (working title), it was announced today by SHOWTIME Networks President of Entertainment Robert Greenblatt. A pilot has been ordered and will be shot in the fall.

Linney will star in and executive produce THE C WORD, which delves into the emotional ups and downs of a suburban wife and mother forced to face reality yet also find the light side in a dark situation. A metaphor for the way we all should live, yet rarely do, this is a journey about how to seize the day. The series is created and written by Darlene Hunt, who will serve as executive producer, along with Neal H. Moritz and Vivian Cannon. It will be produced by Original Film in association with Sony Pictures Television.

"Laura Linney is in that rare echelon of truly gifted actresses who fully embody the characters they play and we are honored to welcome her to SHOWTIME," says Greenblatt. "Cancer is not usually the subject of half-hour comedy, but Laura saw what we did in this complex show -- a woman who gets a wake-up call that causes her to shake up her life and family. She will no doubt make this character both heartbreaking and disarmingly funny, and we’re thrilled that she has chosen this show for her foray into series television.”

"How one lives fully while being tested by the unpredictability of life, and what one learns in the process, is always filled with endless possibilities for an actor,” says Linney. “I am very excited to tackle such potentially rich, funny and complicated material."

Linney is one of Hollywood’s most versatile and celebrated talents, having begun her career in the theatre where she has appeared in the award-winning plays Six Degrees of Separation, The Crucible, Sight Unseen and Hedda Gabler. This January, Linney is set to star in a limited engagement of Time Stands Still, directed by Donald Margulies, at Manhattan Theatre Club. On the small screen, she was first noted for her turn in the PBS series “Armistead Maupin’s Tales of the City” which continued for two more installments on SHOWTIME, "More Tales of the City" and "Further Tales of the City." She earned Emmys for her work on “Frasier” and in SHOWTIME's “Wild Iris.” She starred most recently in the Emmy®-winning HBO mini-series “John Adams” – her performance as Abigail Adams earned her Emmy®, Golden Globe® and SAG® Award wins. She earned Oscar® nominations for her critically acclaimed work in KINSEY, YOU CAN COUNT ON ME and THE SAVAGES. Additional film credits include THE TRUMAN SHOW, LOVE ACTUALLY, MYSTIC RIVER and THE SQUID AND THE WHALE. Currently, Linney is filming THE DETAILS, which was written and directed by Jacob Estes and also stars Tobey McGuire. Linney is represented by ICM, Brillistein Entertainment Partners and Barnes, Morris, Klein, Mark & Yorn.

Moritz has been producing film and television for nearly 20 years. His big screen credits include SWEET HOME ALABAMA, THE FAST & THE FURIOUS franchise, and I AM LEGEND. Upcoming films include the remake of the ‘80s television series 21 JUMP STREET, BATTLE: LOS ANGELES, starring Aaron Eckhart, and the popular comic book THE GREEN HORNET, starring Seth Rogen. Moritz has produced television titles as wide ranging as “Prison Break” and “Tru Calling,” and he was nominated for an Emmy® award as executive producer of the HBO bio-pic “The Rat Pack.” He is represented by CAA.

Series executive producer and creator Hunt has worked as a consulting producer on the hit CW show "90210," and has written for series such as "Will & Grace" and "Good Morning Miami." She has also developed numerous pilots for network and cable. As an actor, she's a member of the famed comedy troupe The Groundlings and starred on television in the 2006 Ted Danson series "Help Me Help You." She is represented by UTA. Executive producer Vivian Cannon’s credits include “Emily’s Reasons Why Not,” “Tell Me You Love Me,” the 2005 film LITTLE MANHATTAN, starring Bradley Whitford and Cynthia Nixon, and the 2004 film SEEING OTHER PEOPLE, starring Jay Mohr, Julianne Nicholson and Brian Cranston.

Jo said…
This news is just full of victory.

Another top notch lead actress anchoring what should be a stellar series along with Weeds, US of Tara and Nurse Jackie. Huge plus & points for Showtime.
8/28/2009

Ralph Robert Moore said…
Wow! Laura Linney in a comedy about cancer? That's amazing. She's one of the best actresses working today. I haven't been completely impressed by Showtime's half hour comedies, but this sounds like another "big like Dexter" hit for Showtime.
8/29/2009