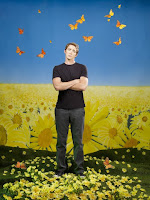 The axe has fallen at ABC.

It's time for the terrible, terrible news that we've all been dreading for weeks now: ABC has decided not to renew Pushing Daisies, Dirty Sexy Money, and Eli Stone past their initial 13-episode orders for this season.

While the word cancellation hasn't been officially given, it's basically equal to just that. None of the three series will continue past their initial second season orders. Many of us have been on death watch for Pushing Daisies for some time now and it absolutely breaks my heart to think that Chuck and Ned's days are now numbered.

ABC has yet to release an official statement about the, er, non-cancellation cancellations, but word started to reach me mid-day that the network would not be ordering any additional episodes of the troika.

UPDATE: James Hibberd at The Live Feed has gotten a statement from Daisies creator Bryan Fuller, who was playing phone tag with ABC's president, about the decision:

"I assumed that's what [the call] was about," said Fuller. "I can't help but feel immense pride when it comes to Pushing Daisies. I'm grateful TO everyone and FOR everyone who brought the show to life and for the very loyal audience that embraced us. If we are indeed dead on ABC, we now have to convince DC Comics to let us tell the rest of the season's story lines out in comic book form and convince Warner Bros. features to let Pushing Daisies live again as a movie."

While we've heard other creators speaking of continuing their canceled series' storylines in comic form (I'm still waiting for that Carnivale comic, Knauf!), I really do hope that Fuller has the opportunity to wrap up some of Daisies' storylines, especially as the thirteenth episode is said to end on a cliffhanger for Chuck.

UPDATE #2: Kristin Dos Santos at E! Online has another statement from Fuller. "Steve McPherson called me, and said 'We gave it the best shot we could,'" said Fuller. "It's very likely that Pushing Daisies will end after episode 13, which as you know, is a cliffhanger. But we are talking to DC Comics about doing comic books that will wrap up our storylines, and I already have a pitch for a movie ready to go. To be honest, I'm really not feeling very boo-hoo about it. I am so proud of the show. We put together 22 really good episodes, and there is a lot to be proud of. I'm sure I'll be working with a lot of these people again, and I would love to do so."

Meanwhile, I can't help but think back to a certain dinner I had with Bryan Fuller back in May 2007 when he told me the very final scene he envisioned for Pushing Daisies, should the series make it that far. (If Bryan is okay with me revealing the details, I'm happy to share.) But until then, I can't help but imagine just what other delicious treats Fuller would have been able to cook up in that brilliant imagination of his.

Pushing Daisies, I'll miss you terribly, not only for bringing some lightness (and darkness) into the television landscape with your zany plots, candy-colored sets, and heartbreaking (and mirth-making) stories but for the deft dialogue, the witty characterizations, and above all your innate beauty and originality. You'll be missed.

I can't believe this. Shows like Private Practice and According to Jim get to stay on the air but Pushing Daisies gets canned? What the hell is wrong with the execs at ABC???
11/20/2008

Anonymous said…
I didn't watch ELI STONE so I don't really care about that and DSM hasn't been all that great this season but PUSHING DAISIES is the best show on T.V. and I don't know why they would cancel it. What was the ending that BF told you about? Deets!
11/20/2008

Anonymous said…
I'm not surprised but I am very, very sad. Pushing Daisies offered truly unique, intelligent, beautiful storytelling and that's something you don't often see on TV. It will be missed.
11/20/2008

Jo said…
Not a huge surprise, but very disheartening nonetheless. Very few shows on television made me smile as often as Pushing Daisies; it was a rare gem with an unparalleled soul and spirit.

Anyway, have no fear, "Rosie Live" is on the way to fill those empty voids. That claptrap will make you forget all about that other claptrap.
11/20/2008

Anonymous said…
Pathetic. I get that ratings are king these days but there were few shows that had the sort of devoted audience that Pushing Daisies has and if ABC was unhappy with the ratings dip between S1 and S2 they are the only ones to blame for not bringing it back sooner after the writers strike ended. Other than Lost, I don't watch anything else on ABC and if they didn't have Lost I would boycott them completely.
11/20/2008

Anonymous said…
This is the worst possible news. I thought maybe ABC would order more eps for next year but to just cancel it out right? That is idiotic. Pushing Daisies is unlike anything else on TV. I don't want to watch according to Jim or Scrubs (which should have died at NBC.) ABC was known for being a network that was willing to take risks with its programming and this is a shame. Just sad.
11/20/2008

Anonymous said…
No, stupid them. Why does the great shows get kicked of the air while there so much crap allowed to go on and on. Chuck and Ned are the best ever. I will miss them.
11/21/2008

Unknown said…
I'm not surprised. Pushing Daisies was original and entertaining, so of course it should be canceled. Dirty Sexy Money was fun, too. If ABC thinks I'm going to watch tripe like Dancing with Stars or Rosie Live, they're nuts.

In a few years, the networks will be standing around wondering why everyone's watching original programming on the Internet and not their drivel.

We've also got our answer as to how shows are handling the strike--they're finishing their storylines from the previous season and having cliffhangers in the middle of this season (Pushing Daisies, Chuck, Heroes). It makes for a very disjointed--and, in Pushing Daisies's case, a very truncated--season.

So, should we bother watching the rest of the aborted seasons of Pushing Daisies and Dirty Sexy Money? Cliffhangers don't sound like a nice way to finish up.
11/21/2008

Anonymous said…
@skst: Rosie Live airs on NBC but I get your point. It seems as though ABC gave themselves a self fulfilling prophecy when they decided not to bring those shows back after the writers strike ended. The shows that did come back seemed to have an audience increase when they returned with new eps instead of a decrease. By leaving PD on a cliffhanger last December and not having new eps for almost a year the audience forgot about the show and moved on to other things. If anyone is to be blamed for the low ratings it's ABC and they should have given PD and DSM more time to recover and get the audience back. I also don't know why they took the show off the air for 2-3 weeks during Nov. sweeps instead of pushing the show more. Idiots.
11/21/2008

Susania said…
I'm heartbroken, but let's think of it this way... we will have 22 total episodes, perfect little gems, and the show will never jump the shark. So a smaller portion of Wonderful is better than a big serving of Mediocre, right?
11/21/2008

Anonymous said…
If Warner Bros. was smart they would lock down the cast right now to do a direct-to-DVD movie version of Pushing Daisies that would resolve some of the storylines and the cliffhanger rather than let the cast disperse. I would gladly pay for a DVD movie of PD and would prefer that over some comics that may never actually happen. (Glad you remembered those Carnivale comics, Jace)
11/21/2008

Noelle Cavanaugh said…
I am crushed. Even though I knew Pushing Daisies was on on the chopping block, the news is devastating nevertheless.

Anonymous said…
i agree. i think a movie would be a great way to give fans an ending for the series that's not a comic and would bring some closure. come on, wb, make it happen!
11/21/2008

Anonymous said…
Dirty Sexy Money is my favorite show. Who makes these decisions.They should be fired!!!!!
11/21/2008

Unknown said…
I'm glad I'm not the only one who remembers Andy Richter Controls The Universe. That was a great show. I liked Miss Guided, too. In heaven, will I find out how Daybreak ends, too?
11/21/2008

Brad said…
skst - you don't have to wait for death to see the end of Day Break, just wait for Amazon's delivery truck: http://www.amazon.com/Day-Break-Complete-Taye-Diggs/dp/B00127Z5D2
It was released on DVD in March.
11/27/2008

Unknown said…
Thanks for pointing that out, Brad. I never did see the unaired eps, so it might be nice to see them. However, they never wrapped up the series, so heaven may still have some surprises for me. :)
11/27/2008