Countdown to "Lost": What Will Happen This Season? 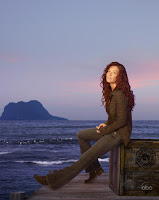 Just what will happen this season on Lost?

With the season premiere of the sixth and final season of Lost only a few scant days away now, I thought it would be a good time to find out just what your theories are about (A) what happened to the castaways after Juliet detonated Jughead, (B) what will happen this season, and (C) what you predict the ending of the series will be.

I'd love to revisit these theories once Lost wraps up its run this May but, given that the first hour of Lost's season premiere is set to be shown to fans in Hawaii this weekend, we could engage in one final round of spoiler-free speculation for Lost before information begins pouring in.

So dig in: what do you think Team Darlton has in store for us this last season? What are your predictions about what will happen, who will die, who will end up together, and just what this all means? Discuss. (But, reminder: no spoilers!)

(Meanwhile, Part One of my interview with Lost showrunners Damon Lindelof and Carlton Cuse is up at The Daily Beast while Part Two--due to run this Tuesday--gets more into some elements of Season Six.)

Lost premieres Tuesday night with a one-hour retrospective special at 8 pm ET/PT and the two-hour sixth season premiere at 9 pm ET/PT on ABC.

Heatherette said…
Honestly...I have no idea but that's what's kind of exciting about it. Over the course of the show they have continued to amaze and surprise me and I'm sure they will continue to do so in the final season!
1/29/2010

Anonymous said…
I think they screwed up the whole space time continuum and everything will be out of whack. Oceanic didn't crash so everyone back in LA and alive.
1/29/2010

Amanda from Georgia said…
I am concerned about a reboot of the timeline. To me, that would say, "sorry you were invested in our show for five seasons. Ha ha...it didn't really happen." I do think the writers are more creative and kinder than that. If they do a reboot, it might be short lived. Who knows, actually. I trust the writers and I'm ready to see what they do.
1/29/2010

Ridolph said…
It will end with Hurley in the Asylum, and as we pan back we realize he is autistic and dreamed the whole thing. Jacob is the candy striper. The smoke monster is a hidden bong he keep in the cart.

Mrs. James Ford said…
I think at the beginning they'll all end up landing safely at LAX and then somehow, I have no idea how, but somehow they'll end up back on the island. Is it Tuesday yet?
1/29/2010

Tempest said…
I really have no idea. However, I'm pretty certain that even if everything re-sets this season, it will still have elements that we didn't see coming. (I don't expect this to be a Bobby Ewing in the shower season.) As for how it ends, I'm equally clueless. During season one, I don't think anyone could have predicted where the show would be now.
1/30/2010

Jeff C. said…
Darlton keep saying that they have a new narrative device for this season. They've done flashbacks; they've done flashforwards. I'm guessing flash-sideways, and that's how they handle the alternate timelines while simultanously having action on the island.
1/30/2010