Lights Off, Hair Up: Judy Greer Heads to "Modern Family" 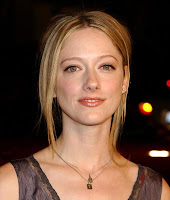 As if Modern Family hasn't already had a deft hand with their guest casting, the producers have outdone themselves with the addition of former Arrested Development co-star Judy Greer.

Greer, who is currently lending her voice to FX's animated comedy Archer and will forever be Kitty Sanchez to me, is set to guest star on ABC's Modern Family later this season, according to TV Guide Magazine's Will Keck.

"Judy will pop up on an upcoming episode as Denise, an ex-girlfriend of family man Phil (Ty Burrell) who reconnects with him on Facebook," writes Keck. "Though Claire (Julie Bowen) feels Denise's approach was a bit inappropriate, the ex is still invited over for dinner to meet the Dunphys."

And, most likely, hijinx ensue.

What do you think of the casting? Will Greer make an admirable if short-lived addition to the Modern Family cast? Discuss.